Seems that Milestone is not content just taking time to do what they do, as they have been releasing a lot of racing games lately, and they continue to develop and release even more.  They have recently announced that MXGP Pro will be released to the public on July 10th.

MXGP Pro is a brand-new game, designed to satisfy even the most passionate fans who want to live the Motocross experience. Based on community feedback, the title has been revamped using a new method called the “mechanical approach” to deliver a more realistic feel. Players will be able to customize nearly every aspect of their bike, based on real values and metrics.

The crucial knowledge gained from previous titles in the MXGPfranchise has led to this new experience, which enhances racing by refining gameplay. This is what PRO is supposed to mean, a videogame with a new soul and it will feature:

To make the game experience even more authentic, Milestone signed an exclusive partnership with Tim Gajser, Tony Cairoli, and Gautier Paulin. Thanks to their feedback, MXGP Pro is going to feature a new level of realism. Tim Gajser explained how to have fun whipping, scrubbing, and passing through whoops sections. Tony Cairoli provided his feedback on Start & Braking Precision, including how to take advantage of the Starting Grid and time your brakes. Finally, Gautier Paulin explained how to control the ruts and take corners at top speeds. 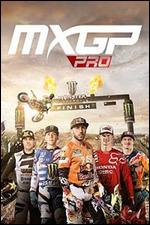