Trailblazers Coming to the Xbox One on May 9th

Trailblazers, a co-op arcade racing game, is coming to the Xbox One on May 9.  The game claims to deliver dazzling visual quality, thrilling track levels, and blistering high-speed action.

Trailblazers introduces an on-track game mechanic of painting the track to create boosting lanes for each team. Racing together in teams of up to three racers, players will cover key areas of the racing line as well as painting over opponent’s painted paths to gain the advantage. Racers who drive with flair and style will also amass skill points to blaze their way to victory.

Want to know more? Check out the video below to see the game in action: 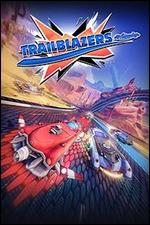