Action Platformer 20XX Coming to Xbox One in July

We know that there are a lot of action platform game fans out there, and soon there will be a new game for them to enjoy. 20xx from Batterystaple Games and Fire Hose Games is hitting the Xbox One on July 10th.

The game is said to be Inspired by classic Mega Man titles, but with modern twists, as it remixes retro design with roguelike elements to create an exciting “one more play” experience built around skill growth. In 20XX, players dash, jump, and blast their way through procedurally-built stages made to test their grasp on controls and situational awareness rather than memorization or trial and error.

This structure ensures every session plays out differently than the last and, along with multiple difficulty settings, daily ranked challenges, and co-operative multiplayer (both online and local), provides a near-endless amount content for players to experience and enjoy while jamming out to the heart-warming tunes of 20XX’s pulsing chiptune-inspired soundtrack.

You can check out the trailer below to see what the game looks like in action. Oh, and yes, we know the trailer says release is Uly 10th, but it’s July 11th on the Xbox One. 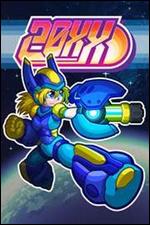