Those folks at racing game dev-house Milestone must never sleep.  Along with making more racing titles of the two wheeled nature, they continue to release DLC for the 4-wheeled racing they made not too long ago, Gravel.  The new DLC is now available, and is called Armored Operation.

Those fans still playing Gravel will enjoy a selection of military vehicles, adapted to racing and finished off with weaponry, as they join the robust roster of vehicles already in the game.  A new Off-Road Masters episode was created for these unusual yet spectacular vehicles.

Gravel Armored Operation DLC, which is included in the Season Pass, is also available now for separate purchase at $5.99. Check out the trailer below for a hint of what to expect: 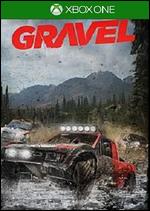