One Piece World Seeks Coming to Xbox One

There are more than a few of us here at XBA that don’t know what the One Piece franchise is, but given that Bandai Namco has confirmed a game based on it, and that the game is open world, we guess that there are a lot of people who want to play such a game.

So, what will this game entail? Well, you will play as Luffy as you explore the mysterious Jail Island to uncover the secrets of this unique island city, where cultures that should clash actually end up existing together under the bond of island life. Scale skyscrapers and shops using Luffy’s “Gum Gum Devil Fruit” ability and seamlessly jump from building to building, taking in the sights of Jail Island that blend nature and powerful science to create formidable buildings and bars. Discover the story behind the institutions created by the World Government and the Marines, and help Luffy find the reason why they exist.

With the special setting and open world of One Piece World Seeker, fans will experience a truly unique adventure in the franchises world as they uncover the secrets of Jail Island.

You can check out the trailer below for a bit more of what to expect: 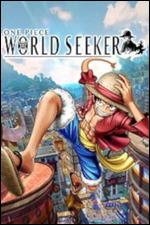