Headup Games and Pixel Perfex have finally released their  one-of-a-kind shoot ’em up Earth Atlantis and it’s available on the the Xbox One for $14.99. As an added bonus for Xbox One players, during its first week of release, there is a release discount on Xbox One with 20% off.

So, what will you be doing in the game you ask? Well, you will explore mankind’s destroyed and sunken main capitals, lying deep down at the bottom of the sea as ruins of steel and stone. Earth Atlantis’  impressive underwater world is inhabited by terrifying sea monsters, hybrids of machines and creatures from the deep that were only known from fairy tales and as rumors among sailors. Now they are roaming freely through the aquatic world.

You’re going to hunt those monsters in fierce fights using four different submarines types, each equipped with individual weapons for different hunting styles. Enjoy a unique art style reminiscent of old explorers sketchbooks from the 14th century, a time when the seas were yet to be explored completely.

Does any of this interest you? If it does, or even if it doesn’t, check out the multiplatform gameplay trailer below, showing the game in action: 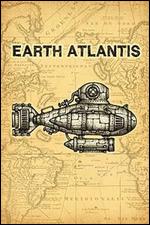