New Game Called Outer Wilds is Heading to Xbox One

We have to admit that we are not aware of who Mobius Digital is, but this dev-team out of Los Angeles is set to release a new game onto the Xbox One platform (and Windows 10) sometime in 2018.

So, what is the game you ask? As usual, good question. Outer Wilds is an open world mystery about a solar system trapped in an endless time loop, It is published by Annapurna Interactive, Outer Wilds is a first-person space simulator game that rewards players’ curiosity. The game, which was previously announced for PC, is expected to launch in 2018.

The planets of Outer Wilds are packed with hidden locations that change with the passage of time. Players can visit an underground city before it’s swallowed by sand, or explore the surface of a planet as it crumbles beneath their feet. They also have access to a variety of unique gadgets that help them probe their surroundings, track down mysterious signals, decipher ancient alien writing, and roast the perfect marshmallow.

You can check out the teaser trailer below for a bit more about the game: 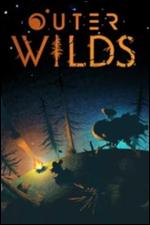