We were surprised to see this announced, as EA continues to try and make an NBA game to challenge the current and long reigning champion, the NBA 2K series.  Kind of like how the Caviliars keep falling to the Warriors. NBA Live 19 will launch worldwide  on September 7, 2018.

NBA LIVE 19 will once again allow players to be THE ONE and forge their own path as one of the best high school players in the nation chasing the dream to become an all-time basketball icon. Players can’t do it alone though, as this year’s game will challenge them to travel the globe building a squad composed of some of the world’s greatest players.

The next iteration in the series is said to try to bring numerous new features and enhancements to the hardwood, building on last year’s foundation. Players will be invited to take their game around the world, facing opponents on new courts in Paris, Brazil and the Philippines, with each court and tournament offering unique rules and challenges specific to those courts. NBA LIVE 19 also marks the introduction of Real Player Motion (RPM) Tech into the franchise, introducing thousands of new animations and smoother gameplay than ever before. The game offers more choices for clothes, shoes and gear, and a new progression-system modeled after some of the sport’s greatest icons.

Are you as surprised as us to see the another EA Live game announced? We just hope that as each one is, that it continues to get better and start to challenge the NBA 2K series for the NBA video game crown. 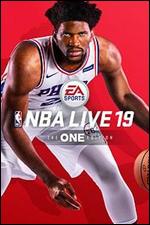