We thought we should remind you "The Incredibles" fans that along with the movie, The Incredibles 2, that was launched this week so was the game that follows the crazy family of supers. LEGO Disney•Pixar’s The Incredibles, was released this friday for many platforms, including the Xbox One.

It’s a new video game where players will experience the thrilling adventures of their favorite Incredibles characters in action sequences from both Disney•Pixar films, The Incredibles and Incredibles 2. Players will discover the Parr family’s range of abilities that can be combined through teamwork to create unique superpowers, helping the iconic heroes tackle crime in a vibrant LEGO world, bursting with fun and excitement.

Players are encouraged to work together by combining the Parr family’s abilities and unique powers to conquer crime and family life in a LEGO world filled with fun and humor. Playing through the game requires teamwork, utilizing each of the beloved team member’s unique powers, with super-strong Mr. Incredible relying on Elastigirl’s flexible transformations to cross perilous chasms and lightning-fast Dash seeking assistance from Violet’s powerful force-fields to dismantle dangerous security systems.

There is also an expansive hub world, packed with distinct ‘Crime Waves’ to confront. During these missions players must overcome tricky objectives and boss battles, featuring memorable characters from the series such as The Underminer and Bomb Voyage. Each district is under the control of a wicked villain and it’s up to the player to thwart their dastardly plans and rid the city of crime, unlocking collectibles and special Pixar-themed Easter eggs as they progress. 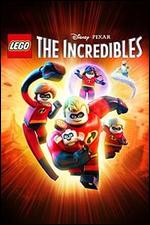