Danger Zone 2 Crashes onto the Xbox One

Danger Zone 2, Three Fields Entertainment’s second high-speed driving game, is now out for the Xbox One. From the freeways of the USA to the Autovías of Spain to other unique locations around the world, players can ‘crash for cash’ at higher speeds, in more expansive environments while driving a greater variety of vehicles than ever before.

The dev-team states that Danger Zone 2 delivers real world physics and other dynamic features including:

You can check out the trailer below to see some of the madness: 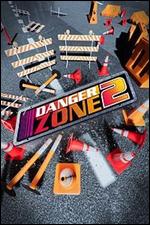