Tempest 4000 is Finally Out and On the Xbox One

Atari has finally announced that the long-awaited sequel to the classic arcade game Tempest, aptly titled Tempest 4000, is now available on a few platforms, including the Xbox One.

Developed by Llamasoft, and legendary game designer Jeff Minter, Tempest 4000 is said to be a visually stunning, action-packed arcade shooter that remains faithful to the original, while adding exciting new features and gorgeous 4K graphics.

In Tempest 4000, players are once again in control of the Claw, a powerful spacecraft equipped to destroy deadly creatures and other obstructions with rapid-fire shots on vibrant geometric prisms. With three game modes to choose from and 100 levels to conquer, players must eliminate all enemies as quickly as possible to survive, aiming for the coveted spot at the top of the leaderboards.

You can check out a sneak peek of the game in action in the trailer below: 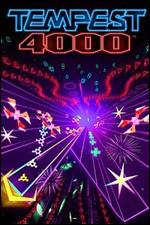