Well, here is an announcement that is somewhat of a surprise, given how many licensed characters are going to be in the game. GameMill Entertainment has announced Nickelodeon Kart Racers, a new multi-player console racing game that features iconic Nickelodeon animated characters. 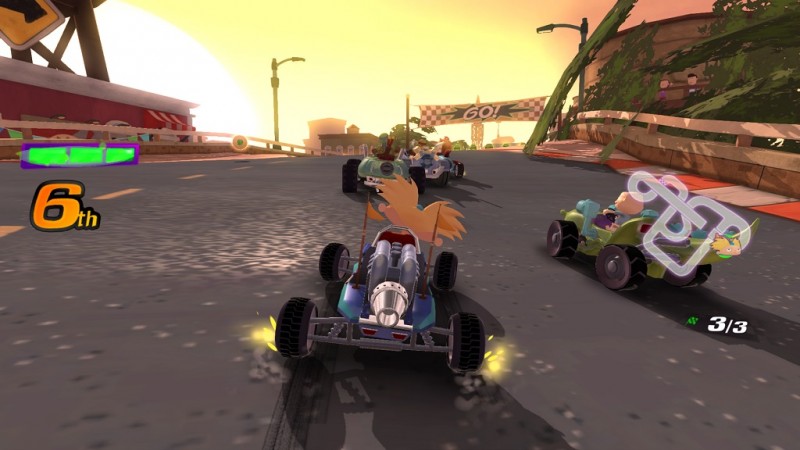 You be racing as, or against, the like of SpongeBob SquarePants, Teenage Mutant Ninja Turtles, Rugrats, Hey Arnold! and more, on 24 different Slime-themed tracks.  Nickelodeon Kart Racers allows players to compete as their favorite Nick character in four-player local multiplayer or battle mode to win cups and Kart upgrades.  The brand new game is rated E for Everyone and will be available on all major consoles worldwide for holiday 2018.