Games with Gold for August Announced

So, as we get ready to close out the month of July, Microsoft announces the next batch of games available to download for those with an XBL Gold Membership.  So, here is what is available on August 2018: 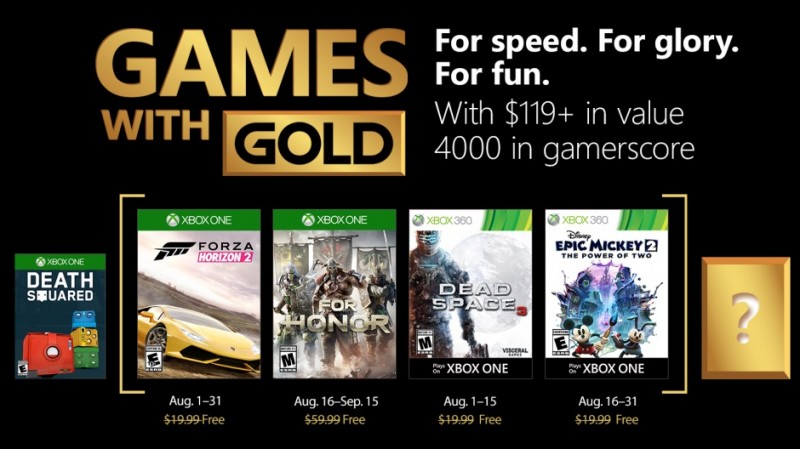 We won’t lie, we here at XBA think that July’s Games with Gold is fairly impressive.