Claws of Furry Hitting the Xbox One in September

Independent developers Terahard have announced that their Beat’em up style co-op action game, Claws of Furry, is coming various platorms, including the Xbox One, on September 4.

So, what the heck is Claws of Furry? We wondered the same thing. It is a Beat’em up style co-op action game, where up to 4 players can take on the roles of vigilante ninja-cats on a mission to rescue their master from the evil claws of an unknown boss. Players will punch, scratch and claw their way through fifty levels of catastrophic mayhem.

The game is made up of four distinct environments, each presenting its own unique set of enemies, each tougher than the last. Teams must work together to take down enemies efficiently and revive their fallen furmates (teammates) to keep them in the fight. From Pussycat to Rogue-like, Claws of Furry includes multiple game modes catering to various play styles, as well as unlockable outfits with unique bonuses for added cattitude.

Keep an eye on XBA for more details as they come. 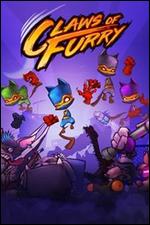