Cities Skylines - Mass Transit Now Out for Xbox One

Paradox Interactive has announced that the road-raging Cities: Skylines expansion, Mass Transit, is now available on a few platforms, including the Xbox One.

For those wondering, here are a few key features of the DLC to note:

Us XBA staffers always appreciate continued support for a game, and given what this DLC has, we are happy that players who continue to play Cities: Skylines get to play new content. 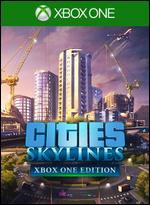