All-Star Fruit Racing Drifts onto the Xbox One Today

Ok Kart Racing fans, here is some news for you. PQube and 3DClouds have announced that All-Star Fruit Racing has launched successfully in North American territories for the Xbox One.

The game is now available both as a digital only product for Xbox On for $39 .99.

So, what is this Fruit Kart game all about. Go bananas for a jaw-dropping, lightning-fast kart racer for all ages and abilities as All-Star Fruit Racing is said to be one of the most action-packed multiplatform kart racers of the year. All-Star Fruit Racing propels players into vibrant worlds filled with incredible action: Drift through looping bends, soar over monumental jumps and defy gravity itself around tubular tracks in an explosively colourful racer bursting with championships, modes and awe-inspiring sights.

You’ll be able to pick your favorite character and battle for the first-place trophy in a series of testing championships. Balance speed and skill as you battle other racers in a frantically fruity scrap for the podium and the all-important winner’s prizes, unlocking new characters, championships and kart parts along the way.

You also be able to create Custom Championships and select between three different difficulty settings and speeds to fine-tune your challenge, or dive into a range of different game types including Dragster races, Hill Climbs, Elimination races, Time Attacks and even modifier-filled modes that rewrite the rulebook.

Fans can forget the racing seasons either. Burn rubber in 21 incredible courses spread across five stunning worlds: Spring, Summer, Fall, Winter and Special Islands. Speed up volcanoes, around the twisting bodies of giant snakes and between giant, kart-crushing snowballs on some of the craziest racing tracks ever imagined.

There is a whole lot more too, but to really experience, you should play the game. We have a kart racing fan or two at XBA, as we hope to review the game soon. 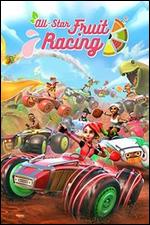