Shenmue I & II Re-Release is Out Now

A game that was first experienced on the SEGA Dreamcast, Shenmue I & II is out now on the Xbox One. SEGA states that you should prepare yourself to embark on a timeless tale of revenge and mystery once more by checking out the release trailer below:

The re-release of Shenmue I & II is the definitive version of these all-time classics with all the original features intact such as enthralling jujitsu combat, investigative sleuthing, real-time open worlds, RPG elements and memorable mini-games. The re-release also adds modernised features such as updated user interface and controls, the option to enjoy either the original Japanese or English voiceovers and on PC only, scalable screen resolution and PC graphics options. 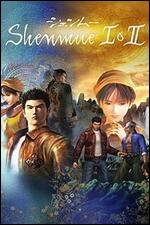