So, we know the reality of video gaming...some can’t afford the entry fee of all that one might need to fully enjoy the Xbox One experience. With that in mind, Microsoft has taken a new approach to get EVERYONE a chance to game, and they announced Xbox All Access as the solution.

Now, before all of you get excited, you have to know that this is for those living in the US only, so if you live north of the border, which is were XBA HQ is, then you are outta luck.  That being said, those in the US can jump on the deal, and we think it is a pretty good deal. 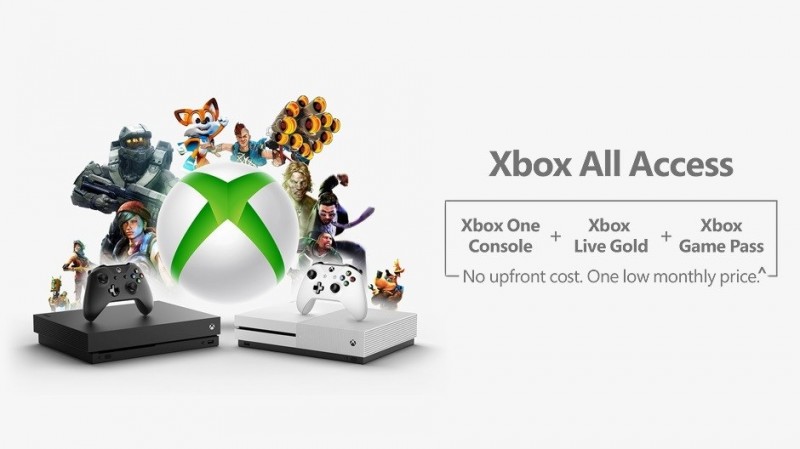 For no upfront cost and one low monthly price for 24 months, Xbox All Access gets you a new Xbox One S or Xbox One X, access to more than 100 great games through Xbox Game Pass, and online multiplayer with Xbox Live Gold. Fans who purchase an Xbox One console with Xbox All Access can enjoy:

All brand-new Xbox One S 1TB or Xbox One X consoles, including available console bundles, can be purchased with Xbox All Access. No leasing or renting – you own the console outright. And this is what we here at XBA like, the fact that you OWN it, and you are nont renting or leasing.

Get an Xbox One S with Xbox All Access starting at $21.99 per month with 0% APR for 24-months—a savings of over $130. This is one of the most value-driven ways to join the Xbox family we’ve ever offered.

Xbox One X, the world’s most powerful console, with Xbox All Access starts at $34.99 per month with 0% APR for 24-months.^ It’s a fantastic combination of power and affordability.

We have to say that this new approach really continues to commit Phil Spencers message, as well as Xbox as a whole, and their Gaming for Everyone approach. Being able to finance the console at no interest is something that is pretty amazing, and we hope that some new Xbox One gamers utilize this deal as it only makes more people to game with.