Hell Warders is Hitting the Xbox One this Fall

PQube Limited and Antigravity Game Studios has announced that their new IP Hell Warders, a third person action tower defence hybrid, is coming to various platforms this fall, and that includes the Xbox One.

What is this game all about you ask.  Well, you will rise up as one of the mighty Hell Warders, an ancient order of heroes with unique powers and abilities, to resist the demon hordes head-on. Push back wave after wave of Hell-spawn with an arsenal of weapons, rip apart their fearsome commanders with powerful hero skills, and deploy your army of knights, archers, and mages to bring the fight back to Hell.

For those looking to see what a few features of the game are, you can check out the brief list below:

You can also check out the game’s first trailer below. We think that this game might interest a lot of people that are fans of different genres, so we really hope to have more coverage as time goes by. 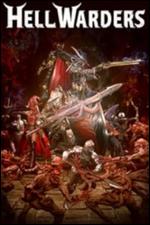