My Brother Rabbit Hitting the Xbox One on September 21

My Brother Rabbit, a game that Artifex Mundi is describing as a heartwarming adventure game, is hitting various platforms, incuding the Xbox One. It invites players on an emotional trip into the dreamlands of imagination on September 21.

So, what is this latest game fron Artifex Mundi all about? Well, after their beloved daughter falls ill, a family hopes to restore her health with the treatment she needs. Her caring older brother wants to help in any way he can and turns to the power of imagination and wonder to help take her mind off serious matters. While life appears dreary and cruel, the fantastic and surreal world conjured up by the children offers a wonderful reprieve.

In the siblings’ land of make-believe, a sweet little rabbit takes care of his friend flower, who recently became afflicted by a strange sickness. To reach those who can heal her, he sets out on a journey that requires both a keen eye and smart thinking. You will collect hidden objects including butterflies, insectoid lightbulbs, and other items and apply them to the riddles hiding throughout the world.
After observing each area and uncovering secret objects, these items are used in over 30 minigames. Some are as simple as connecting threads in a color-matching game. More complex puzzles involves repairing a fantastical musical machine. Each part adds another musical layer to the song emitting from the device, until a full symphony heralds the rabbit’s triumph.

With all the being said, you can check out the launch announcement trailer below: 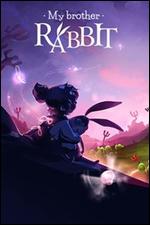