NASCAR Heat 3 Now Out on the Xbox One

There are those racing fans who love NASCAR games, and this news is definitley for them. NASCAR Heat 3 is now available y for $49.99 (USD) on the various platforms, including the Xbox One.

“NASCAR Heat is back with developer Monster Games behind the wheel for our most exciting and comprehensive racing experience yet,” said 704Games President Paul Brooks. “NASCAR Heat 3 has more tracks, improved multiplayer with online tournaments, and an even deeper career mode featuring a totally new dirt-racing challenge: the Xtreme Dirt Tour.” 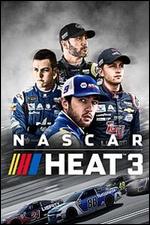