Dead Age is Now Out on Microsoft's Console

Yet another new release on the Xbox One foks. Dead Age, the tactical zombie horror RPG from Headup and Silent Dreams, is available now . Those of you who jump on this early can get the game now for $11.99 (20% off) for the first days, afterwards it will be at $14.99.

The game drops you right into the middle of a fierce zombie apocalypse, challenging you to rebuild society and make tough decisions while fending off hordes of undead in tactical turn-based battles. You control a group of survivors, execute dangerous scavenging runs, craft equipment and other useful things, build alliances and fight for survival on a day to day basis. Its round-based battles are inspired by classic RPGs: you can act strategically, use different skills and weapons and even plants bombs and traps.

This combination and its unique atmosphere brought Dead Age great success on Steam and a "Very Positive" overall rating with over 2500 reviews in total. Thanks to the fantastic community support, Xbox One players are lucky to receive the best version possible, improved hand in hand with the players. 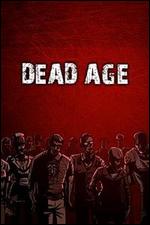