Tales of Vesperia Definitive Edition Gets a Release Date.

Hey RPG gans, this news is for you. Tales of Vesperia: Definitive Edition will be launching on January 11, 2019 for various platforms, including the Xbox One. This Definitive Edition includes upscaled screen resolution as well as characters, events, and additional content never released outside of Japan.

Also announced was an Anniversary Bundle of the game with exclusive collectibles featuring Yuri Lowell, Patty Fleur, Flynn Scifo, and Repede . This bundle will be available exclusively online through the BANDAI NAMCO Official Store. More details regarding the bundle will be announced soon. 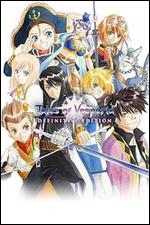