Old is New as Some Older Final Fantasy Titles Coming to Xbox One.

Square Enix is finally bringing some older titles from the Final Fantasy series to the Xbox One, and we here at XBA think it is about goddamn time. 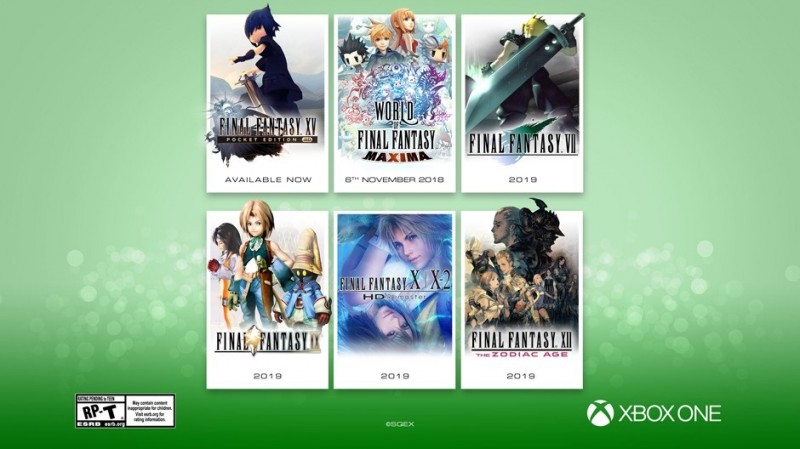 For Xbox One fans, the fun starts with the upcoming release of World of Final Fantasy Maxima on November 6th. The Chocobo’s Dungeon series also returns for the first time in ten years with Chocobo’s Mystery Dungeon Every Buddy! bound for release this winter. The remaining titles, including the return of co-op action RPG Final Fantasy Crystal Chronicles Remastered Edition, will release in 2019.

The full list of the announced Final Fantasy titles on the Xbox One are available below:

So, like we stated earlier, it’s about goddamn time that some of these games are finally headed to the Xbox platform.