Valkyria Chronicles 3 Now Out on Xbox One

It has been 10 years since the launch of the original Valkyria Chronicles, the turn-based strategy RPG that took the world by storm. Today, fans around the world can finally experience the other side of the Second Europan War and its most brutal campaign, Operation Northern Cross, in Valkyria Chronicles 4, available now on various platforms including the Xbox One.

If you end up being the proud owner of the ‘Memoirs from Battle’ Premium Edition of the game, you’ll have instant access to the Valkyria Chronicles crossover add-on missions – ‘A United Front with Squad 7’ and ‘Edy’s Advance Ops.’ For owners of the launch / standard edition of the game, don’t worry - you won’t be left out in the cold! Below you can see the full add-on mission release schedule for Valkyria Chronicles 4: 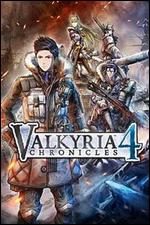