Games with Gold for October 2018 Announced

Well folks, it’s that time as we get ready to leave September and head on into to October. With that being said, Microsoft has announced what games they are adding to the ’Games with Gold’. Here’s what is in store for October 2018: 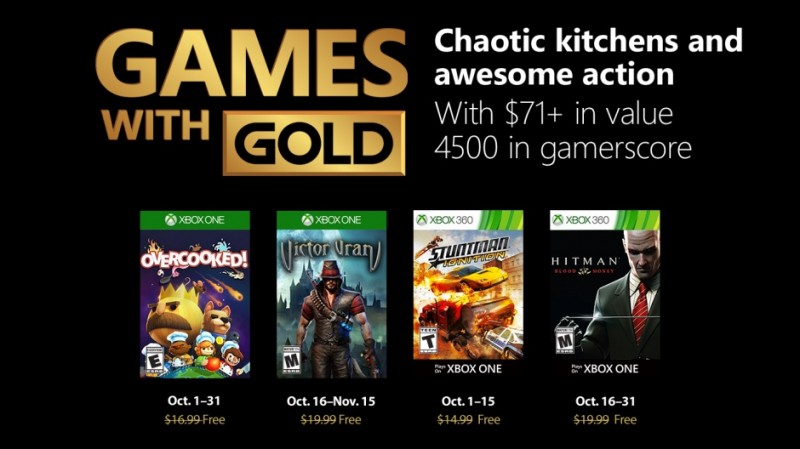 Overcooked! - Available October 1 to 31 on Xbox One

Victor Vran - Available October 16 to November 15 on Xbox One

Stuntman: Ignition - Available October 1 to 15 on Xbox One and Xbox 360

So, there you go Xbox Live Gold members, a quick summary of what you can download with your XBL Gold membership.