For those that might just be playing Earthfall, there is some good news for you. The next major update for the game will be launching October 30 on all platforms it is on, including the Xbox One.

The ‘Invasion Update’ will deliver two of the Earthfall community’s highly requested features. Horde Mode will include four new maps where players will fight back countless waves of new alien monstrosities. The player progression system will enable gamers to unlock 50 levels of new cosmetics and players abilities. Lastly, award-winning sound studio Formosa Group has leveled up the weapons sounds in Earthfall: from the thunderous shots of the Desert Eagle, the sharp click-clack of AK47 machinery, and the sci-fi inspired Valkyrie gun that incinerates enemies, the changes to the weapon audio adds to the cinematic immersion as players fight back alien monsters in the Earthfall’s Invasion Update.

The Earthfall Invasion Update will be available October 30 and downloadable for free. 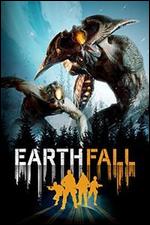