Games with Gold for November 2018 Announced

We here at XboxAddict can’t believe that October is already coming to an end, and we are about to head into November. With that being said, along with the passing into a new month, Microsoft has announced what games that XBL Gold Subscribers can download for free. 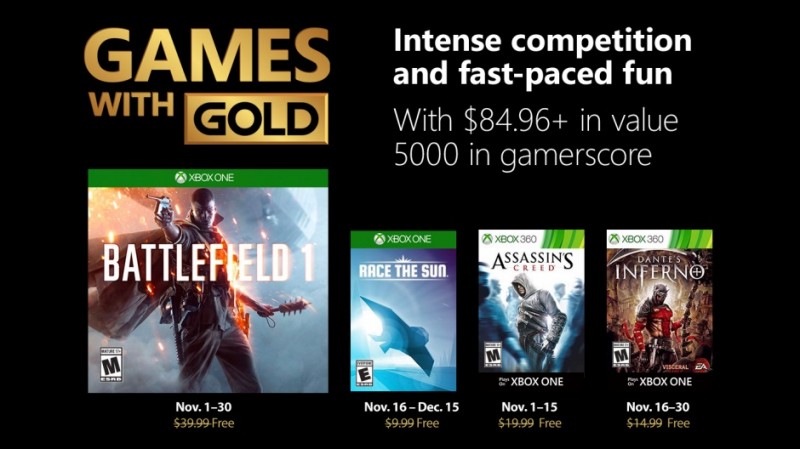 Battlefield 1 - Available November 1 to 30 on Xbox One

So, there you have it folks, seems that November is not a bad month at all for the Games with Gold offer.