Hey gamers looking for a narrative heavy game, we may have some news for you. Bandai Namco has has released 11-11: Memories Retold digitally for various platforms, including the Xbox One.

Players will maneuver Harry (voiced by multi award winning actor Elijah Wood), a young Canadian photographer who has joined the European Front Line searching for adventure, and Kurt (voiced by international Emmy Award nominated actor Sebastian Koch), a German engineer who has just learned his son has gone missing while at war. Although they pursue different paths, their fates will be intertwined as the world quickly approaches the end of The Great War on November 11, 1918.

The creative masterminds at Aardman Studios, creators of Wallace and Gromit, Chicken Run, and other beloved animated films, have developed a beautiful painted art style that depicts the broken beauty and devastation of war-torn Europe. This is coupled with DigixArt’s expertise in crafting heartfelt narrative gaming experiences to create a uniquely emotional gaming experience. 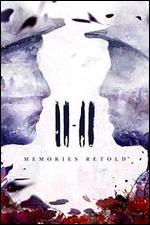