The world of Xbox is more than just about gaming. If you’ve been following Microsoft’s journey during the Xbox One’s turbulent debut and lead up to it’s release, people were worried it wasn’t going to be the machine they hoped, and in many ways it is true. However, Phil Spencer has managed to take the Xbox brand as a whole and show the world it’s more than just games, it’s an attitude as well. From Women in Gaming and Gaming for Everyone, Xbox is making an effort to include so many people, and the idea giving them a chance to play is their number one priority in this area. 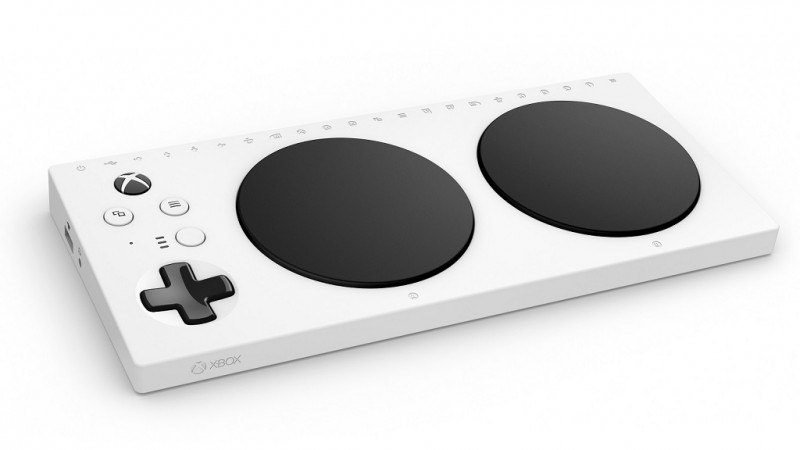 Where am I going with this. Well, earlier this year, Microsoft debuted the Adaptive Controller. This controller iis not your regular sized controller, as it a huge, oversized represention of what a controller may be. It allows for larger buttons as well as specialzed adapters and control inputs to be used in an effort to allow those with any physical, or even cognitive, limitations to play games given that the traditional controller might be someting that could hamper their gaming experience. It is quite the piece of tech, given that it opens up so many doors for people to play games that might not have been able to before.

TIME Magazine has recently recognized the Adaptive Controller as one of the best inventions of 2018. This is pretty cool in our books, as you know that Microsoft invested time, staff, and of course money, to make something like this become possible. It truly is something that makes gaming "more inclusive", and it really does allow for so many people to game who may have not been able to before. I wish the fanboys/fangirls of this world could look beyond games, and see how, in our opinion, Microsoft truly has tried to innovate in the area of Gaming for Everyone, and they continue to make efforts for gaming as a whole, not just for Xbox.

As an Xbox MVP, I have been privy to some great talks with Xbox executives, including Phil Spencer, and one of his views is clear, it is not just about the platform to play games, its the fact everyone should be able to play games anywhere and with anyone, regardless of the platform. With this in mind, it is clear that this is truly a vision that is coming to life with the Xbox brand, not just with cross play for games, but the fact that hardware like the Adaptive Controller truly is making gaming more open and accessible to those who may not have had the opportunity before.

Congratulations to Microsoft and the Adaptive Controller for making TIME Magazine’s list of best inventions of 2018, and here is to another year of innovation and inclusivity.