Games with Gold for December 2018 Announced

Ok Xbox Fans, your next set of games that are downloadable, if you have an Xbox Live Gold membership, have been announced by the folks in Redmond.  Feel free to check out below what games you can get. 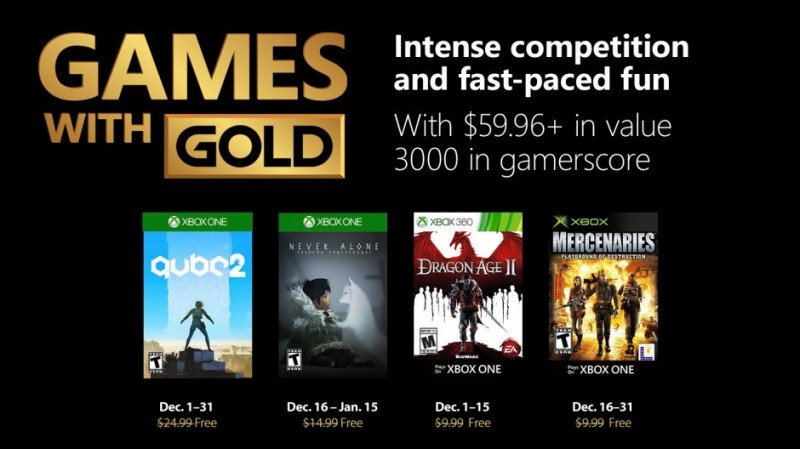 Never Alone - Available December 16 to January 15 on Xbox One

Mercenaries: Playground of Destruction - Available December 16 to 31 on Xbox One and Xbox 360

So, there you have it folks. It looks like the December Games with Gold titles aren’t that bad at all.