If it wasn’t for the press release, we’d have no idea about this game, and what to say about it.

Monica e a Guarda dos Coelhos is out now across all platforms including the Xbox One. It is the title that brings one of the most famous Brazilian pop culture IPs (Monica and Friends) back to video games.

Developed by Mad Mimic and produced in partnership with Mauricio de Sousa Produções, Monica e a Guarda dos Coelhos is a couch co-op game for one to four players, with a focus on teamwork and cooperation. Featuring the ability to play as a group with (many) heroes from the Brazilian IP Monica and Friends, everyone must have a different role and help to defend the castles against the smudge horde! Use magical bunnies with unique powers, load them into cannons, and fire them at incoming enemies! Monica, Maggy, Jimmy Five, Smudge and their friends from the Lemon Tree Street need your help on a great adventure!

Furthermore, in a far away kingdom, full of challenges and many surprises, Monica and her friends will need to join forces to defeat an evil that is threatening the peace of all inhabitants. But none of this will be possible without your help! Gather friends and together be ready to defend many castles, rescue relics and face a great villain who is messing all around with his smudge hordes as he flies with his Dragon to spread chaos and disorder.

You can check out the trailer below to see what the game entails: 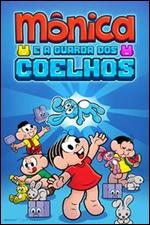