Free Play Weekend for The Crew 2

Ok racing game fans, if your one people who didn’t pick The Crew 2, this news is aimed squarely at you. Ubisoft announced that The Crew 2 will be available to play for free starting today and the ’free play’ will run from December 13 to December 17.

Players will have access to the full game – including the newest addition, the Demolition Derby discipline and PvP mode – plus hundreds of challenges and the freedom to explore the entire US on land, sea and in the air behind the wheel of their dream vehicles, solo or in four-player co-op.

Players who want to continue their journey in the US open world of The Crew 2 will not only keep their game progression, but also enjoy a discount of up to 67 percent off The Crew 2 Standard, Deluxe and Gold Editions and 30 percent off of the season pass on all digital stores from December 13 to December 20.

Additionally, players who participate in The Crew 2 free weekend from December 13 to December 17 will receive one free exclusive vehicle on December 17 according to their platform. On the Xbox One, it is the BMW Z4 GT3 2011.

Check out the trailer below to see the reward car in action: 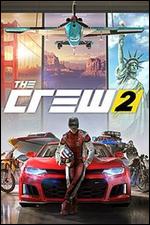