We won’t lie here, as one of our staffers has been using GAEMS equipment for quite a few years. From his first Vanguard to the M240 gaming monitor, he seems to enjoy it all.  Well, this news should make his, and a lot of others day out there. 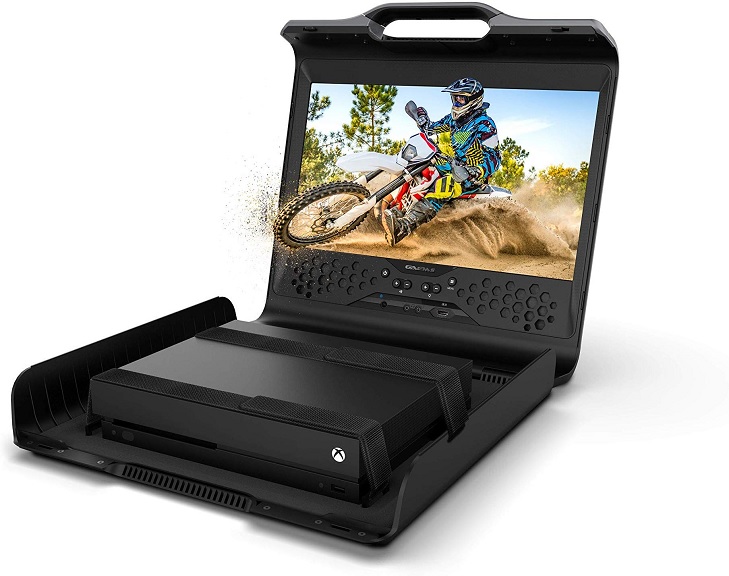 The little company that could, GAEMS, based out of Washington State have officially announced their next portable gaming solution, and it is call the Sentinel, and it is said to be the evolution of their series of Personal Gaming Environments (PGE). The combination of console gaming portability and performance that GAEMS has become critically acclaimed for is now wrapped in a new sleek and patented design that provides a bigger gaming experience in a smaller, lighter hard-shell case.

So, what are you getting with this new portable case. It starts with a low-latency IPS panel, and Sentinel’s integrated 17.3” FHD Anti-Glare IPS panel which delivers a 1920 x 1080 Full HD experience at 60HZ. You can also plug your favorite headset into the Sentinel’s 3.5mm audio output jack or just crank up the sound with GAEMS onboard soundstage which includes individually chambered 3W stereo speakers specifically tuned for great gaming audio. And of course it is a Portable Gaming Environment, that you can take anywhere, so it’s TSA-friendly dimensions means Sentinel fits overhead carry-on requirements for most airlines.

So, when and where can you get this latest from GAEMS. Well, the Sentinel will be available 01/08/2019 for a suggested retail price of $349.99, and can be pre-ordered (links provided) from GameStop, NewEgg or Amazon.