The First Tree is Now Available

This ID@Xbox title was never meant to be what it is, as the developer really made it to help deal, and understand, death, loss, and a whole lotta other feelings.

At its core, The First Tree is a game about families. You play as a fox who wakes up and finds her cubs missing. This isn’t a normal world to explore however — points of light mark the land where special items reside and they tell a second, parallel story of a son reconnecting with his estranged father in Alaska. The closer the fox gets to the first tree on Earth, the closer their stories converge until a beautiful crescendo emerges at the origin of all life.

There aren’t any real enemies on this journey, but there are some puzzles which need to be conquered before moving forward. It’s a third-person exploration game focused on a poignant story. Mostly this is a chance to relax in a beautiful, melancholy world full of mysteries to uncover. The man behind it all also states that the game is also a chance to self-reflect, because his greatest hope is that this experience brings peace to someone in need. 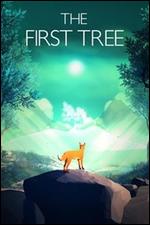