We thought we should remind you that Xbox’s January games for the Games with Gold program are now available for download. So, with that in mind, here is what you get: 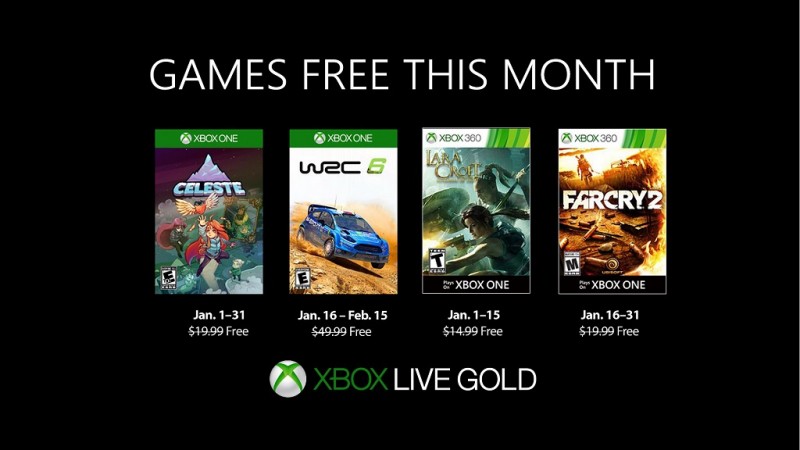 Celeste - Available January 1 to 31 on Xbox One

Lara Croft: Guardian of Light - Available January 1 to 15 on Xbox One and Xbox 360

So, there you have it folks. 2019 starts off the Games with Gold program with some really decent games.