Alvastia Chronicles Hitting the Xbox One in Just Over a Week

Ok retro gaming fans, this news is definitley for you....oh, and those who love retro looking RPG games too. KEMCO has recently announce that the release of Alvastia Chronicles for the Xbox One (and Windows 10 PCs) is coming soon, as it is set to hit the Microsoft Store on Jan 18th. Pre-orders are already open for the game.

As with many of us, you probably want to know what you are getting into. Well, the story is such that after encountering the man who killed their parents ten years prior, Elmia, a priestess; and Alan, her brother and protector, set out to avenge their deaths as they fight to stem the tide of monsters flooding into the upper world, and restore peace to Alvastia. However, in their quest to amass an army of diverse companions with the same goal, will they really be able to gain the strength necessary to bring their parents’ killer to justice, and save the world...?

So there you have it, a game that just might interst some of you out there. And of course we want to entice you a bit more, so check out the trailer below: 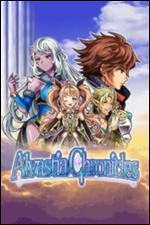