TOKYO - Microsoft’s Xbox console may have launched in North America, but it’s not scheduled to release in Japan until February of next year. GameSpot recently sat down with the folks over at Microsoft Production Development--Toshiyuki Miyata, product unit manager; Yoshikatsu Kanemaru, the lead program manager for Nezmix and Kakuto Chojin; and Katsunori Yamaji, the lead program manager for Maximum Chase--to learn about the progress of some of the Japanese first-party titles for the console.

GameSpot: Judging from the press release, it looks like Nezmix, Maximum Chase, and Kakuto Chojin are all being developed by different companies (Media Vision, Genki, and Dream Publishing, respectively). Has Microsoft been involved in the planning stages of the development of these titles?

Toshiyuki Miyata: We work on titles under the Microsoft brand name, so we have cases where we have our own programmers and graphic designers develop the games, and other times we handle the titles externally using outside game developers. 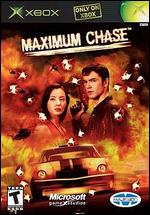