Odallus: The Dark Call is Coming to the Xbox One

More upcoming release news for those that are interested in retro looking games. Indie publisher Digerati has announced that the action-platformer Odallus: The Dark Call, developed by indie studio JoyMasher, is coming to consoles, including Microsoft’s console. The game will be available for Xbox One sometime in the spring 2019.

The narrative of the game is such that the old gods have forgotten this land and Odallus: The Dark Call is an exploration/action game and loving homage to the 8-bit genre classics. You play as Haggis – a battle-weary warrior who must wield his sword once more to rescue his son from Darkness. A few of the key features are as follows:

As with some of the past games we post about, we hope to have more on it as more information is released. 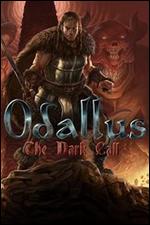