Ubisoft has announced the content of Tom Clancy’s The Division 2 Private Beta, including early game and endgame missions, running from February 7 at 1am PT through February 11 at 1am PT.

The Private Beta preload begins on February 6 at 1am PT. Xbox One, PS4, and PC players can secure their access to the Private Beta by pre-ordering The Division 2 at participating retailers. Already the fastest registering beta in Ubisoft history, players can register for beta access now for a chance to play at http://thedivisiongame.com/beta.

So, what can potential agents expect in this beta? Well, players will be able to get a taste of what awaits them. After establishing their Base of Operations in the White House, Agents will be able to venture into a transformed Washington D.C., unlocking new skills and abilities while they upgrade to a level cap of seven and discover the eastern part of the open world featuring the following content:

In addition to this content, beginning February 8 at 8am PT, The Division 2 fans will have the opportunity to have a first hands-on with endgame content with one Invaded mission. Players will experience gameplay at the level cap of 30 and unlock brand new Survivalist, Sharpshooter or Demolitionist specializations.

We know a few people in the XBA community that are excited for this game, and we wonder what lies ahead. 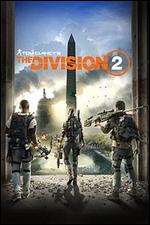