There is a lot of Assassin’s Creed fans out there, so all of you should pay attention. Ubisoft has announced that Assassin’s Creed III Remastered, developed by Ubisoft Barcelona, will launch on March 29 for various platforms, including the Xbox One. It can be pre-ordered, retail for Xbox One, as a stand-alone game for $39.99 and is also part of the Assassin’s Creed Odyssey Season Pass.

The Remastered edition will feature 4K and HDR, as well as higher resolution textures, a new graphics engine and several other graphical enhancements. Gameplay mechanics and ergonomics have also been improved.

What can you expect in this remastered package. Well, it will include the full game, the single-player missions Benedict Arnold and Hidden Secrets, the Tyranny of King Washington and Assassin’s Creed III Liberation Remastered. Details for all of this is below:

Seeing these games, and DLC, on todays consoles in 4K and HDR should be a treat, as they already looked fairly good on the consoles or platform they were on previously. 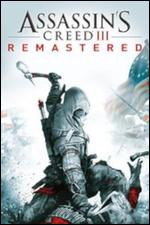