PSA - Final Fantasy IX is Now Out on the Xbox One

For those that aren’t diehard Final Fantasy fans, the game originally released in 2000, and is descried as a thrilling tale of love, war, magic and self-discovery. Newcomers and veterans alike can experience legendary moments with Zidane, Vivi, princess Garnet and others with modern enhancements on the Xbox One, including high-definition movies and character models, auto-save functionality and more.

I know a writer or two here at XBA who will be interested in this, and so should all RPG fans as this, and the upcoming other titles to be released, are party of the history of Final Fantasy. 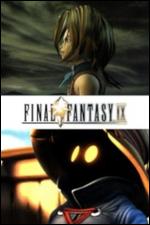