DreamWorks Dragons Dawn of New Riders has recently released to the public, ahead of the release of DreamWorks Animation’s new movie How To Train Your Dragon: The Hidden World on February 22, 2019. Developed by Climax Studios, the game tells a new story based within the popular DreamWorks Dragons universe and is available on a variety of platforms, including the Xbox One.

So, what can you expect. As always, this is a good question. In the game players will take to the skies in an epic battle to save Dragon-kind from Eir, a fiery new foe who is determined to control all Dragons to do her evil bidding. Alongside new friends Scribbler and Patch, players will discover exciting new locations and return to old haunts, meet familiar characters, and clash with fierce enemies in this all new action-adventure.

The game is an all new adventure where you’ll participate in epic battles, you’ll explore vast new locations, and you’ll even have to solve a puzzle or two in order to continue.

There are a few of us here at XBA who have kids and are looking forward to the movie, so maybe the game is something that will also be enjoyable 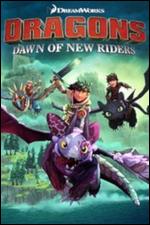