The Occupation launches March 5th on various platforms including the Xbox One, so to prepare for the release, we’ve released a new in-depth video demonstrating the intense moments of interrogation, exploration, and exploitation that change depending on how you play.

This nine-minute video dives into many mechanics that are befitting for a 1980s journalist-turned-spy, complete with one-way pager, stop-watch, and floppy disks, and how players can handle situations with many different methods. 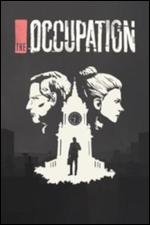