We always try to put something useful, or funny, here, but really, what is their to say? Microsoft has announced their Games with Gold titles for March 2019, and we have the details below for you: 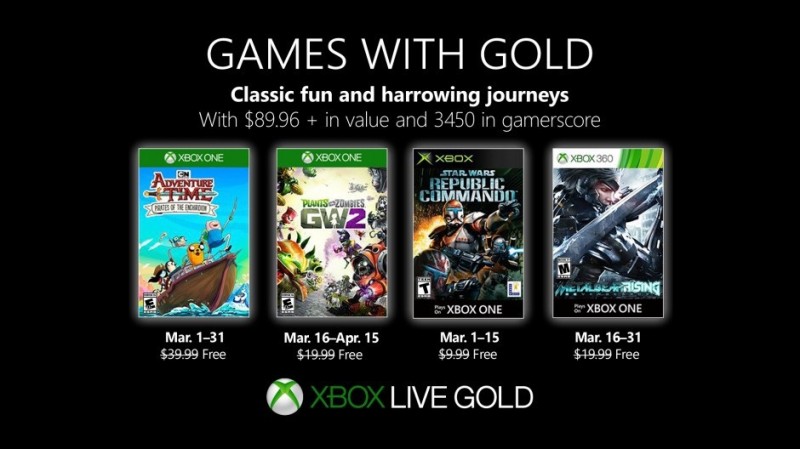 Adventure Time: Pirates of the Enchiridion - Available March 1 to 31

Plants vs. Zombies Garden Warfare 2 - Available March 16 to April 15 on Xbox One

And that is all the details you need to know, as these games will be available March for you to play.