So, if you’ve been watching social media this week, there is no doubt you saw some of the negative press that THQ Nordic got for doing an AMA on a site with questionable practices. Well, that has not stopped them from releasing a new game. Fimbul, the Norse comic action-adventure from EuroVideo’s publishing label Wild River and Danish developer Zaxis Games, releases today on a few platforms, including the Xbox One.

The story is described as follows: Though colder seasons begin to drift away in real life’s Northern Hemisphere, in the world of the aging berserker Kveldulver, the worst of winter is yet to come. The dreaded Fimbulwinter, a three-year period of deathly cold that serves as the harbinger of the frozen Norse apocalypse known as Ragnarök.

After a raid on Kveldulver’s village leaves him mortally wounded, the Norns, female beings who rule the destiny of gods and men, pluck him from the afterlife. The berserker embarks on a divine quest to end the Fimbulwinter, defeat the giant Jotun, and claim bloody vengance.

As Ragnarök approaches, Kveldulver meets a motley crew of characters both friend and foe. While some join him on his journey, others have to be defeated in battle before their fate can be determined. Thanks to the Norns, the protagonist’s thread of life can be traced back anytime to change Kveldulver’s decisions and alter the course of his story. 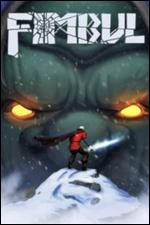