World of Tanks Collector's Edition Has Been Announced

If you’re what you consider a smart gamer, then there is no doubt you have played Warhammer’s Free to Play game World of Tanks. If you haven’t, which there are probably some of you out there who have passed the game by, World of Tanks puts you in command over 500 war machines from the mid-20th century so you can test your mettle against players from around the world with the ultimate war machines of the era.

Yes, you command everything from legendary Shermans, Churchills, Tigers, and T-34s -all with a rich battlefield history- to vehicles that boasted feats of engineering design that never reached the production line. In World of Tanks you need to master the art of armored combat across dozens of maps, bringing historic locations from all over the globe to life and guaranteeing diverse tactical gameplay. The game is free-to-play and already has over 180 million devoted fans worldwide, so Roll Out with us.

Well, it seems that Maximum Games thought it would be a neat idea to release a Collectors Edition of the game, given that there only has been digital versions....well, let us expand that thought. They have put out a Collectors Edition that complements the digital game, with some pretty cool stuff. 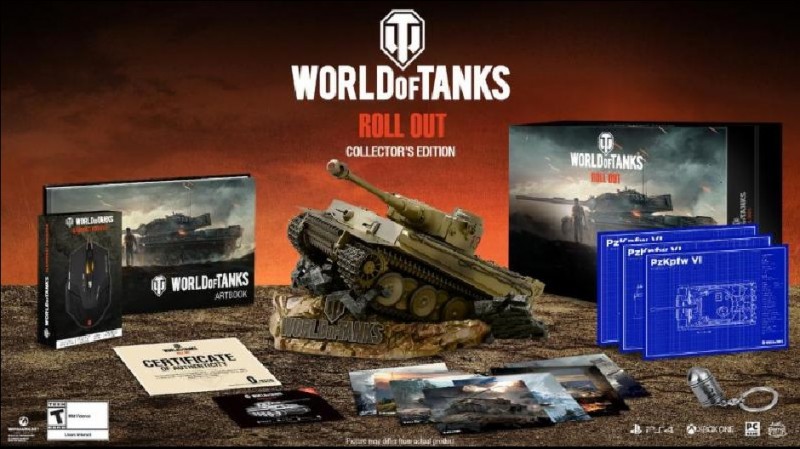 Head on over to Amazon (.com or .ca) and feel free to pre-order this unique collectors edition for a game that is free to play.