5 years. Yep, it’s 5 years that World of Tanks has been on console, and it seems to still have a loyal following. With that in mind, here is some news for all of you ’Tankers’ out there. 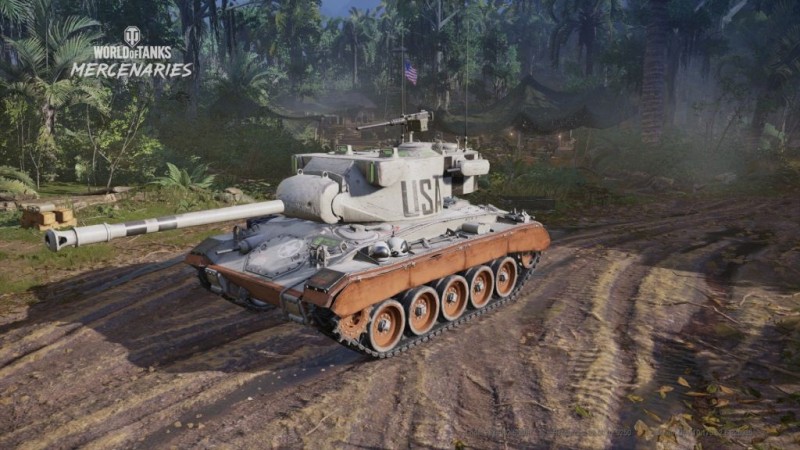 Update 4.9 kicks off the madness on March 5 as World of Tanks: Mercenaries welcomes Italy as the game’s twelfth nation! The Italian Tech Tree will launch towards the end of the month. Before that, it will be preceeded by the release of a new Premium Italian hero tank, the Ariete Progetto, a wonderfully mobile vehicle that’s fitted with a powerful auto-reloading gun. The update also introduces many more improvements, including greater control over replay highlights, new camouflages suggested by the community, the return of the fan-favorite maps Berlin Winter and Icebound, and lots more.

Fans of real-time strategy games will be delighted by the return of Commander Mode on March 5. In this mode, players can assume the role of the Commander to give direct orders to units from a birds-eye view, or team up with other players as a tanker to win through the strength of teamwork. Wargaming’s developers have introduced a host of fan-requested changes to the newest iteration of the mode, including keyboard and mouse support. The new control option promises a rush of nostalgia for players of classic PC strategy games, and a new dimension of point-and-click precision to help win the fight!

Next up, from March 15-17, the Luck of the Irish will shine on tankers in celebration of St. Patrick’s Day! Every 10 victories achieved over this weekend will reward players with a random loot drop, with up to 100,000 Silver available to earn per drop.

At the end of the month, players are invited to leave the Earth and set their sights on the stars… Wargaming Chicago-Baltimore has prepared another of its famous event modes. In the spirit of April Fool’s Day, and from March 29 until April 1, Earth’s tankers can prepare for all-out interstellar combat in Lunar Combat Mode. In this event, players wage war on the extra-terrestrial battlefields of the Moon and Mars using the M24 Lunar, a war machine built for low-gravity combat.

And finally, the third and final phase of the Winter Games campaign is active until April 1. Players can fight to earn 30 tiers of rewards from in-game Ops, including XP Boosts, Gold and Silver, Free XP, and exclusive Medals. Winter Games Charlie is the third and final phase of 2019’s first campaign, and players who complete it can get a massive discount on the electrifying Thunderbolt, a soon-to-be-released Premium tank. Look out for the Spring Games, which will commence on April 2.