Ok racing fans of the two wheeled nature, you may want to pay attention to this news. Milestone and Dorna Sports S.L have announced that MotoGP19, new chapter of their racing franchise MotoGP 19, will be released on June 6th  on various platforms, including the Xbox One.

The game celebrates Milestone and its community passion for bikes and races, with technological innovations enabling a realism and a challenge that is said to have never seen before. With MotoGP 19 players can participate in the 2019 Season, racing against MotoGP champions or they can get into the boots of a young rider, climbing ladders from the Red Bull MotoGP Rookies Cup to reach the top class.

It is also been said that the Milestone developershave learned from the endless feedback coming from its players and provided the community what they were asking for: a harder challenge for pushing beyond their limits, a smoother multiplayer experience to fully enjoy races with friends and more contents in the single player mode.

So, with everything being said, will you be hopping on the seat of a virtual two-wheeled beast when this game releases in June? 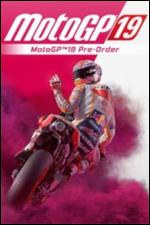