You are probably wondering why we are posting news about iced tea. Well, given that some older Final Fantasy games are hitting the Xbox One soon, we know there are fans on Microsoft’s console who are truly Final Fantasy geeks. With that being said, Square Enix is joining with Kung Fu Tea to celebrate the upcoming release of Final Fantasy X/X-2 HD Remaster on the Xbox One by launching an exclusive drink inspired by the game. 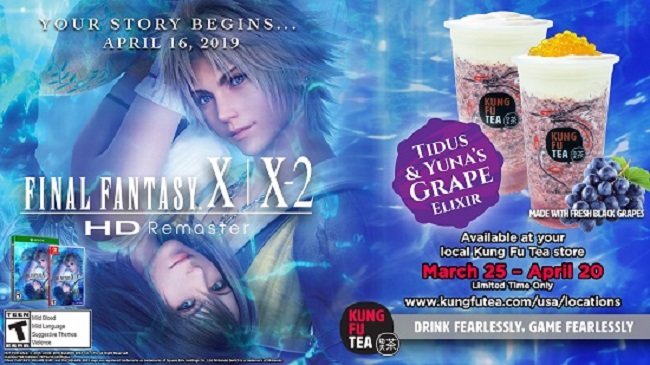 Oh, and did we mention that fans will also have the opportunity to enter into a daily sweepstakes and an add-on giveaway through Kung Fu Tea’s official social media channels for a chance to win a digital copy of Final Fantasy X/X-2 HD Remaster or a custom-designed Xbox One (or Switch) console.

Anyways, we thought that some of you might be interested in this, so with that being said, we are outta here.